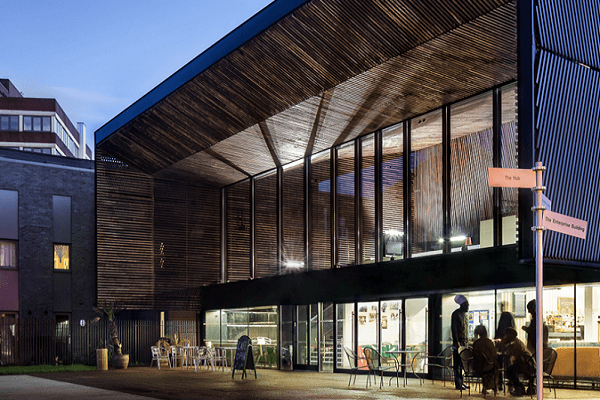 Named after Bernie Grant, one of the UK's first black politicians and former Tottenham MP, this centre aims to showcase some of the best BAME talent from the local area and further afield.

The Bernie Grant Arts Centre is a £15 million purpose-built multi-arts centre, which includes a 274-seat auditorium, studio/rehearsal space, café/bar, enterprise centre and open spaces. It is located next to the Town Hall in Tottenham, North London.

The Bernie Grant Arts Centre is a state of the art, purpose built arts complex in the heart of Tottenham Green, North London, a place that is fast evolving into one of the most dynamic and creative places in the capital.

Opened in 2007, the centre was the vision of the late Bernie Grant MP who wanted to create a flagship performing arts centre which would become a home for culturally diverse artists, audiences and entrepreneurs in the cultural industries.

The Centre bears the name of Tottenham’s late legendary MP Bernie Grant (1944 - 2000), whose vision for a fairer Britain and a fairer world inspired the creation of this space as a tribute to his work.

All spaces are also available for hire, please contact Box Office with any enquiries.